June 17, 2021 (Brian Berletic – NEO) – The US Marine Corps has after nearly a century of integrating tanks into its fighting forces, abandoned armored warfare in favor of missiles and drones to “confront China” in the Indo-Pacific region.

The Marine Times in a 2020 article titled, “The Corps is axing all of its tank battalions and cutting grunt units,” would explain:

…the Corps is making hefty cuts as the Marines plan to make a lighter and faster force to fight across the Pacific to confront a rising China.

As part of Commandant of the Marine Corps Gen. David Berger’s plan to redesign the force to confront China and other peer adversaries by 2030, the Marines are axing all three of its tank battalions, and chucking out all law enforcement battalions and bridging companies…”

Since the announcement, the Marine Corps’ tank battalions have been fully deactivated. 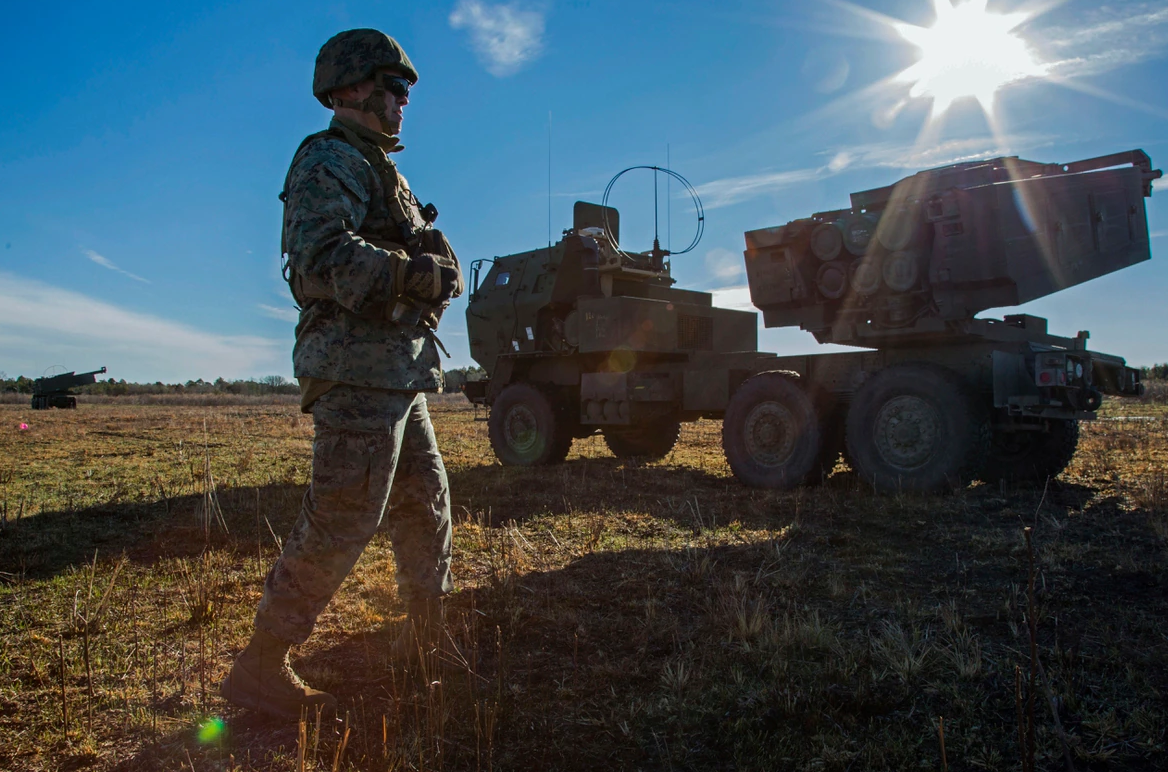 Defense News in another 2020 article, this one titled, “Here’s the US Marine Corps’ plan for sinking Chinese ships with drone missile launchers,” would note:

The U.S. Marine Corps is getting into the ship-killing business, and a new project in development is aimed at making their dreams of harrying the People’s Liberation Army Navy a reality.

“They are mobile and small, they are not looking to grab a piece of ground and sit on it,” Smith said of his Marine units. “I’m not looking to block a strait permanently. I’m looking to maneuver. The German concept is ‘Schwerpunkt,’ which is applying the appropriate amount of pressure and force at the time and place of your choosing to get maximum effect.”

Smith describes a concept where the U.S. fleet can herd Chinese ships into a contested area where the Marines can do damage from the shore.

The invocation of “Schwerpunkt” – a concept utilized as part of Nazi Germany’s war of aggression against both Western Europe and the Soviet Union during World War 2 – is incredibly instructive in understanding the pathology at play within US foreign policy and defense strategy.

Washington’s overall strategy toward China is one of encirclement and containment along with the preservation of what US policymakers call America’s “primacy” over the Indo-Pacific region – a region the US itself is not located in.

US military strategists have a long, passionate, but otherwise inexplicable and disturbing admiration of Nazi Germany’s fabled military prowess. It is inexplicable because ultimately Nazi Germany not only lost World War 2 but ceased to exist entirely after losing the war. It is disturbing considering what little Nazi Germany did manage to accomplish was confined to death and destruction.

Concepts like “Schwerpunkt” and “Blitzkrieg” served as tools of an aggressor nation fighting and winning battles (at least initially) amid an ultimately lost war.

These concepts were imagined by Nazi strategists as able to overwhelm numerically, economically, and militarily superior adversaries if done fast enough – with Berlin hoping to overwhelm Soviet forces in a single season.

In reality the logistics of a sustained war of aggression, deep within another nation’s territory, across such vast distances made “overwhelming” a superior opponent impossible. Soviet forces were able to adapt and overcome German invaders while simultaneously enjoying advantages in manpower, industrial capacity, and much shorter logistical lines. Soviet forces also possessed the moral imperative of defending their own territory while German soldiers were left wondering why they were fighting and dying hundreds of miles from their own borders.

The US now finds itself emulating the failed strategy of Nazi Germany – both overall as an aggressor nation on an international level but also upon hypothetical battlefields thousands of miles away from its own shores.

US strategists imagine that these same concepts served them well in the 1990’s during the Persian Gulf War – failing to note the numerical and economic (and thus technological) advantages the US had over Iraqi forces which played a much more important role.

Imagining that these same tactics will work against a numerically and economically superior opponent with at least peer-level military technology is deeply flawed.

Much of US foreign policy today is fundamentally flawed, however, predicated on many false assumptions. The most central false assumption is that the US can or should maintain primacy over the Indo-Pacific region and that China should be subordinated within a US-dominated “international order.”

China today has a population many times larger than the US. Annually, China generates millions more graduates in fields relative to enhancing its technological and industrial capacity than the US does. China’s economy will most certainly surpass the US and its influence and relations throughout the Indo-Pacific region are both more sustainable and more desirable for the people living in the region than America’s policy of “either us or them.”

There is no logical reason why China should not surpass America as the most powerful nation on Earth both economically and militarily. To suggest it shouldn’t, implies that despite possessing every possible advantage over the United States – the people of China are still somehow “inferior,” thus enabling America’s continued primacy over Asia. It is this fundamentally flawed assumption – along with many others – driving American foreign policy and defense strategy toward ever-increasing and unsustainable extremes.

Militarily, China already possesses a larger navy than the US does – a gap that will only widen in coming years. While some have claimed that the US possesses more capable ships and can augment its fleet size with the ships of its allies – this ignores the fact that the US uses its navy to dominate others around the entire planet – not just in seas along China’s peripheries.

China currently and will likely well into the future continue to concentrate its naval forces in the defense of its own actual territory and “near abroad.”

The US Navy and Marine Corps’ dreams of “herding” Chinese warships into carefully prepared kill-zones consisting of straits the US imagines itself controlling fails to account for the fact that China could maintain a significant naval force on both sides of any given strait in question without ever needing to enter it.

Advances in missile and drone technology is a two-way street and one China is not idle in regards to. Numbers of missiles and drones operating on a hypothetical battlefield anywhere in the Indo-Pacific region will consist of Chinese and American forces at the very least matched numerically, but with China ultimately enjoying shorter logistical lines and much more substantial reserve forces on hand and able to mobilize across much shorter distances.

What a US Marine Corps without its tanks truly represents is a storied branch of America’s armed forces neutered by an increasingly irrational foreign policy driving an equally irrational national defense strategy.

The Marine Corps until now existed as a highly versatile and mobile force with aviation, armor, and infantry capable of responding to virtually any battlefield challenge imaginable with a full range of combined arms options – from close-up urban combat to warfare on open battlefields at great distances. These were capabilities unique to the US Marine Corps that no other US service could offer.

Now the US Marine Corps has been specifically tailored to fight a war of aggression thousands of miles from American shores, in a specific theater, against a very specific opponent. It is a war the US has already lost before ever fighting, and in the process has cost its Marine Corps its ability to respond to other potential threats to America’s actual defense at home.

The only beneficiaries of the US Marine Corps’ disfigurement are arms manufacturers like Raytheon and Lockheed Martin building the missile systems US Marines imagine themselves using against China, and defense contractors like Oshkosh building the vehicles carrying them into these hypothetical, far-flung battles. Also benefiting – of course – are the generals and politicians on the take of America’s oversized and out-of-control arms industry while Americans themselves are left to pay the bills.

Uyghur Tribunal: US Lawfare at its Lowest