April 14, 2012 – Ironically, faux-feminist Gloria Steinem’s “Women Under Siege’s” latest campaign to demonize the Syrian government in tandem with the US State Department and its vast stable of media and intelligence assets, stands to set the stage for extremist ideologues to overrun Syria, ending its secular society and entirely stripping away the “women’s rights” Steinem claims to have spent a lifetime fighting for.

Image: “Women Under Siege – Documenting Sexualized Violence in Syria” attempts to demonize the Syrian government and raise the level of feigned humanitarian-hysteria ahead of NATO maneuvering to rearm and redeploy militant extremists sure to end all human rights in currently secular Syrian society – just as they’ve done in Libya.

Of course, when one understands that Steinem is an establishment asset merely leveraging/perverting legitimate concerns regarding women to manipulate, divide, and control people for a corporate-financier agenda, such hypocrisy makes perfect sense.

Women Under Siege is a project of Steinem’s “Women’s Media Center,” which is itself a spinoff of its umbrella organization, Ms Foundation. Steinem’s Ms Foundation is funded by convicted criminal and Wall Street speculator George Soros‘ Open Society Foundations, the Ford Foundation, Tides Foundation, New York Life, Google, the United Nations, AT&T, Lifetime, the ACLU, and many others featured in their 2011 Annual Report starting on page 27. So what appears to be a feminist crusade turns out to be yet another facade of Wall Street and London’s (ironically very male-dominated) charade of manipulating, exploiting, dividing, and controlling the population.

Further evidence exposing Steinem and her expansive propaganda empire as nothing more than a tool of special interests is the documented fact that she was at least for a time, an asset of the Central Intelligence Agency (CIA) as described in the New York Times article “CIA Subsidized Festival Trips; Hundreds of Students Were Sent to World Gatherings” (full text can be found here). Steinem’s “Independent Research Service” was anything but “independent,” as it was bankrolled by the CIA. While Steinem claims the CIA did nothing to influence her organization’s policy, a tenuous defense used by many operatives caught receiving dubious funding, it is clear that her activities dovetailed with the CIA’s agenda, making her at best what is called a “useful idiot.”

Now Steinem is once again conveniently co-facilitating the agenda of the establishment though the US State Department, the National Endowment for Democracy, and the various intelligence and military agencies involved in destabilizing Syria and overthrowing President Bashar al-Assad. She does so with her “Women Under Siege – Documenting Sexualized Violence in Syria” project, featuring a map of unverified, hearsay reports of atrocities carried out allegedly on “women.” Clearly, considering the corporate-financier backing Steinem’s Ms Foundation receives, this is not merely a convenient convergence of interests – rather more manipulative propaganda abusing and ultimately undermining real human rights – as the very term “women’s rights” is indicative of bigotry in and of itself. 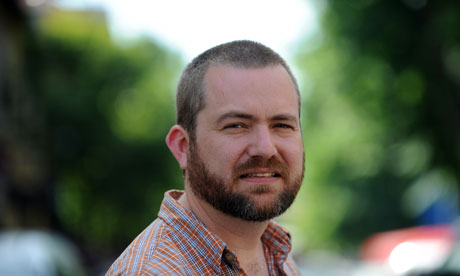 Image: Pictured is “Gay Girl in Damascus.” Far from an editorial oversight, “Gay Girl in Damascus” was in reality a 40 year-old American man living in the UK. The Western mediashamelessly exploited his narrativeuntil it unraveled, and simply moved on to other actors, like “Danny”who directs fake gunfire off-camerawhile giving casualty reports to CNN. CIA asset Gloria Steinem’s new “Women Under Siege – Documenting Sexualized Violence in Syria” map makes a nice fit for the constant din of lies and fabrications coming out of the West in its pursuit of dividing and destroying Syria.

However, Steinem’s efforts find good company amongst the constant din of unverified reports fabricated by London-based NGOs like the Syrian Observatory for Human Rights, exposed frauds like CNN’s “Syrian Danny,” and “Gay Girl in Damascus” who turned out to be a middle-aged American man living in the UK.